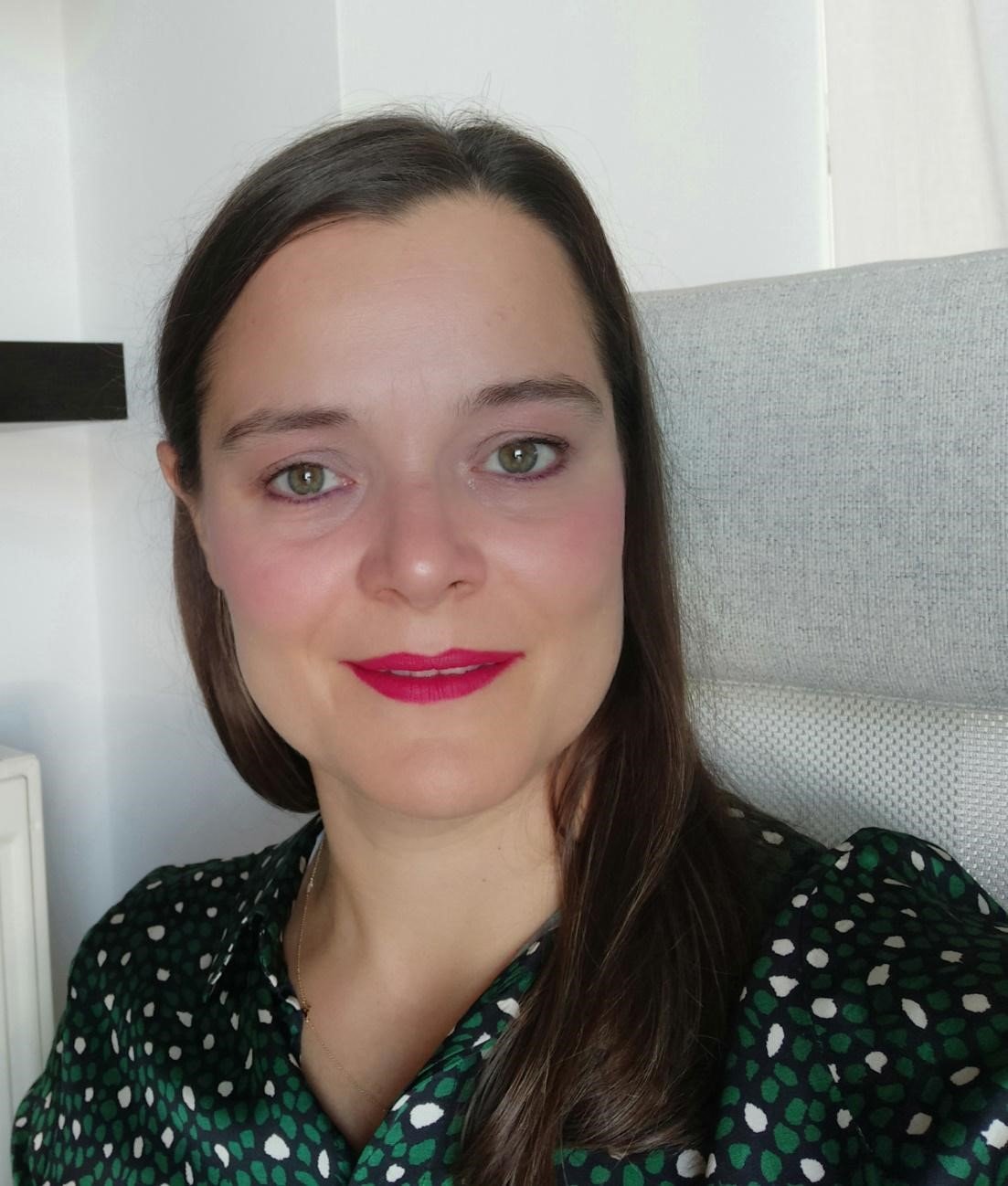 Rania Pinaka
General Practitioner/Coordinator in a Local Primary Healthcare Unit (TOMY) of Ampelokipi Larissa, 5th Regional Health Authority.
Ourania (Rania) Pinaka is a Medical Doctor - General Practitioner. She graduated from Medical School, University of Thessaly, Greece in 2005 and received her Ph.D. Degree from the Department of Hygiene and Epidemiology, Medical School, University of Thessaly on thesis titled “Estimation of the incidence of infections by Enterohemorrhagic Escherichia coli O157: H7 in the human population of central Greece: correlation of the frequency and the prevalence of the pathogen in the animal population, as well as animal and plant products”. She works as Medical Doctor at the Greek National Health System since 2006. Recent years, participates as a collaborating Physician in the project "REACH: Roma women’s Empowerment and fighting discrimination in Access to Health ", which aims at combating discrimination against Roma, through the development of a inclusive environment in Primary Health Care (PHC), as well as support for Roma equal access to health services. Also, participates as a Physician Coordinator in the SHAPES Project Team for European e-Health Research Project «SHAPES: Smart and Healthy Ageing through People Engaging in Supportive Systems». The purpose of the program is "Understanding the Elderly: Living, Communities and Environment ", focuses on the lives of the elderly, as part of the development of a technology and a data platform that will support sound and independent living of the elderly. Focuses on the daily life of the elderly people across Europe, in their interactions with family, neighbors, friends and social institutions, as well as their access to institutions care providers and health care providers. (https://shapes2020.eu/). She has also worked as a Physician Associate in the framework of the research program of the National and Kapodistrian University of Athens entitled "Design and Development of a Virologic Hepatitis B Control Program , C and HIV Infections in the General Population and Migrating Populations " (2014 – 2015), Coordinator Doctor in the Research Program entitled" THALIS - National Study of Morbidity and Risk Factors (E.ME.NO) " (2014) of the Medical School of the National and Kapodistrian University of Athens and Researcher work at 'Archimedes II - Reinforcing research groups TEI "and the sub-project" Investigation of antibiotics sensitivity in indicator bacteria and pathogenic bacteria common in farm animals and man "(2006 – 2007) - Technological Institution of Larissa. She is a lecturer “Healthy Ageing “ and “ Non - Communicable Diseases” in the Department of Public and One Health of the University of Thessaly.

I choose to become a doctor because Health is a priority for all of us. Then I choose Family Medicine because I realized that prevention is better than cure. People are usually anxious to find a cure for a disease. In fact, prevention is the catalyst.

As a primary care physician I have had to offer my services several times in remote areas. The challenges in providing health services in these areas are a lot. The Covid-19 pandemic and the emerging needs for both virus suppression and remote assistance to people in need have helped bringing digital health technologies to the forefront, primarily for the benefit of the patient and to facilitate medical project.

New places and people, new friends, different experiences and habits, a lot of effort, a lot of reading but also real joy are some of the words that characterize my student years.

What stuck in my memory is the combination of feelings of excitement and anxiety of most of my classmates when we started the first clinical classes at the University Hospital and our contact with patients! I think then I realized the responsibility I had towards the patient! 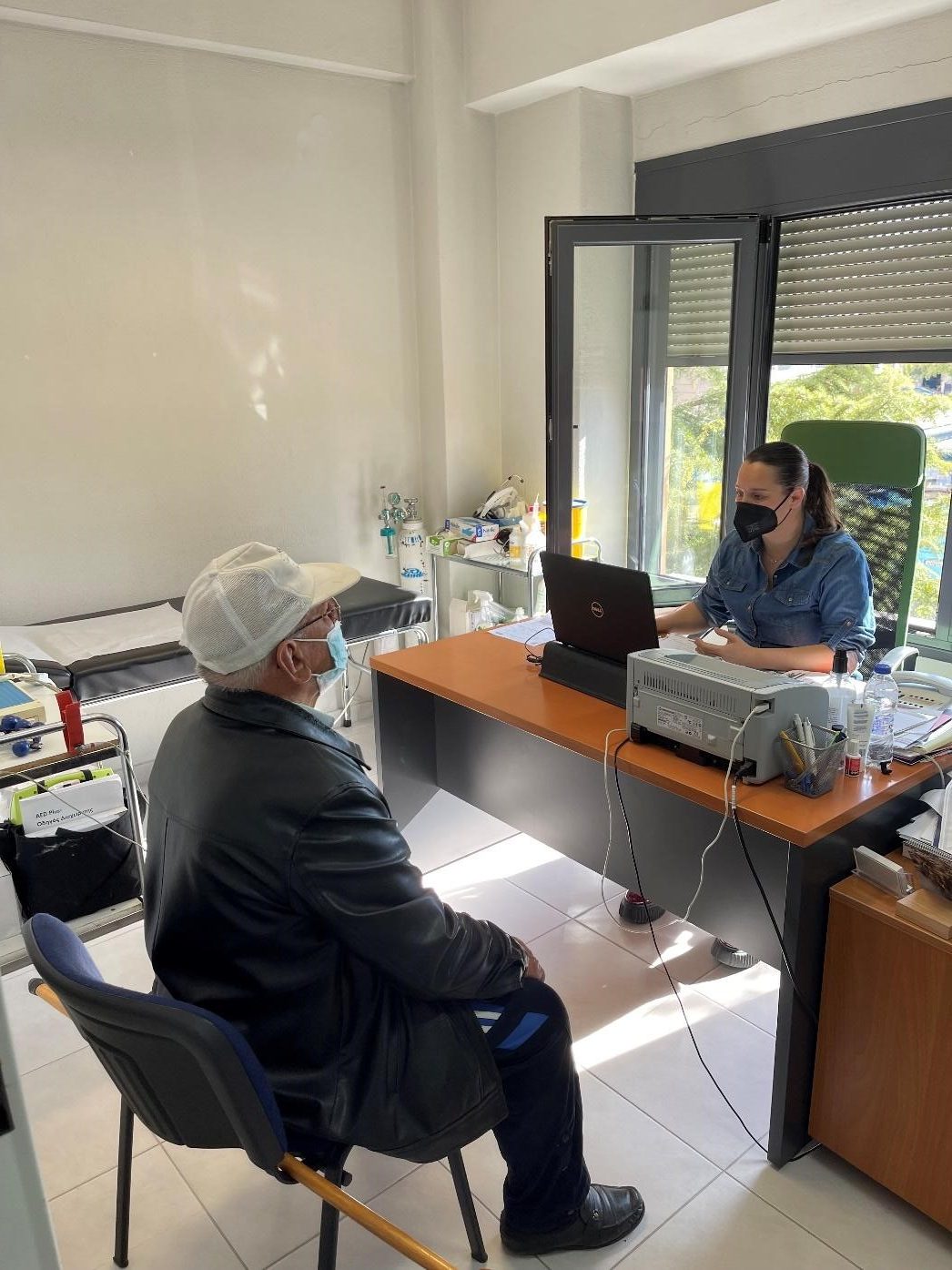 I work as General Practitioner/Coordinator in a Local Primary Healthcare Unit (TOMY) of Ampelokipi, Larissa, where I take care of more than 2,000 people who have chosen me as their family doctor.

On a daily basis in my office I monitor the progress of my patients’ health in terms of chronic diseases such as hypertension, diabetes, obesity. I inform and advise patients on issues related to the prevention and promotion of health such as vaccinations and the necessary screening tests in the context of primary and secondary prevention. However, apart from the scheduled appointments, I also deal with emergencies such as malaise, infections, injuries for which one can visit the doctor’s office.

What I enjoy most is the contact and relationship I have developed over the years with my patients. I know most of them by their first name!

What would be important for the future is the link between primary health care and public health. Assessing and recording the needs of the general population but also of vulnerable populations (Roma, refugees, unemployed, people with disabilities) is the first step in planning and implementing actions to prevent and promote health

My advice to young women is: “Do not try to fit in where they do not see you, do not hear you and do not recognize you. Create your own reality. “Start your own business or start your own project with the people you want to work with.”