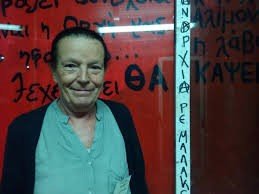 Marie-Noelle Duquenne
Education Sector, Professor at the University of Thessaly
Marie-Noelle Duquenne, Professor in “Statistical and Econometric Methods for Spatial Analysis”, University of Thessaly, Polytechnic School, Department of Planning and Regional Development (DPRD). She has more than 20 years’ academic experience and 35 years of research experience, participating in about 65 research programs funded by E.U. and other international institutions (EU, Eurostat, World Bank, etc) both in Greece as in Balkan and African countries. She was scientific researcher at the Institution of Mediterranean Studies, Athens (1986-1992), scientific advisor of General Secretary of Forests and Natural Environment, Greek Ministry of Agriculture (1996-1997) and scientific advisor of General Secretary, Greek Ministry of Environment, Planning and Public Works (1998-1999). Since 1999, she is research associate at the Laboratory of Agricultural Space of the DPRD, University of Thessaly as well as permanent scientific member of the Laboratory of Demographic and Social Analysis (LADS) of the University of Thessaloniki in which she became Director in 2020. She is also a member of the International Scientific Union Demobalk and since 2011, a member of the Board of Directors of the Union. In 2005, she was awarded "Chevalier dans l'Ordre des Palmes Académiques" by the French Ministry of Education, Higher Education and Research. Author of more than 150 articles and articles in collective volumes, practical international conferences dealing with issues such as (a) population and socio-economic developments on a regional and local scale (with their spatial dimensions), (b) attractiveness of territorial units with emphasis on Possibilities of attracting new population groups and economic activities in the countryside (c) internal migration and forms of mobility, (d) approach and measurement of socio-economic inequalities as well as (e) perceptions and behaviors of consumers and population groups about local products and nutrition.

After my PhD in French University, I work in Research Center in Athens (Foundation for Mediterranean Studies) during 8 years and then I had the opportunity to work from 1995 until now in the University of Thessaly, in two research units covering thematic fields that I very quickly understood that I would like to study using statistical and econometric methods i.e. rural and local development as well as population analysis. My position at the university allowed me to exercise the two activities to which I aspired: research but also teaching.

My university experience is especially rich because it has allowed me to collaborate with many and various researchers and to develop fruitful links with the students, some of whom have also completed their PhD under my supervision and now are members of the Unit Research (Laboratory of Demographic and Social Analysis) that I supervise.
During all these years, I have a lot of memorable experiences, especially with young researchers who in turn have succeeded to undertake a scientific career.
One also memorable experience is the creation of two Franco-Hellenic masters thanks to which it was possible to set up close collaboration with French universities and students coming from various and very different countries (Mediterranean, Balkan and African countries). 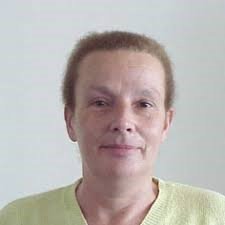 I work at the department of planning and regional development – University of Thessaly – Volos. A typical day at work includes teaching, supervising students, especially doctoral students, advancing research and / or writing scientific texts.

Due to the fact that that my career at university is coming to the end (in 4 years), my main plan for the future is to give to the young colleagues in the Research Unit that I lead, the opportunity to develop their own research and academic career and to continue to develop the activities of our unit.
As regards my own future, my aspiration is to continue to produce papers and other work in order to participate to the dissemination of knowledge.

Outside of work, my main hobby is gardening and growing old and rare vegetables in a purely organic way. My passion is the search for seeds and vegetables almost forgotten

To be confident on their own capacities to conduct their STEM career even if they will encounter a lot of obstacles. The perseverance is the most useful tool in order to accomplish our own goals