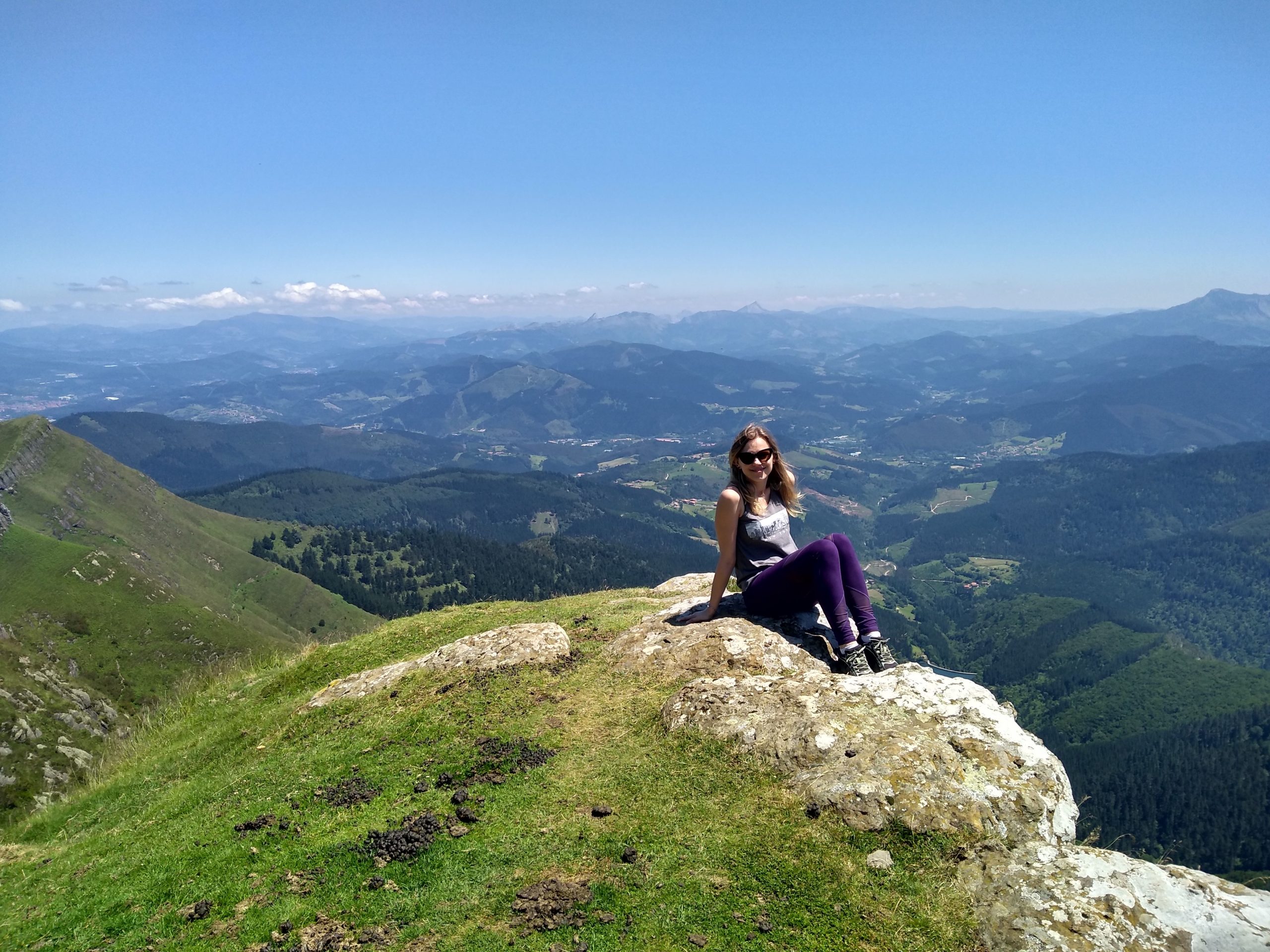 Christina Schenk
Research, Postdoctoral Researcher
Christina Schenk is a postdoctoral researcher at the Basque Center for Applied Mathematics in Bilbao, Basque Country, Spain, and an affiliate postdoctoral researcher at the Lawrence Berkeley National Lab in Berkeley, California, United States. Before she moved to Bilbao, she worked as a postdoctoral researcher at Carnegie Mellon University, Pittsburgh, Pennsylvania, United States for almost two years. Christina is a mathematician. She holds a Bachelor’s and Master’s degree in Applied Mathematics and a doctoral degree in Science (Mathematics) from Trier University (Germany). During her time at Trier University, she also worked as an assistant in the IT-Support of the Department of Mathematics and as a teaching assistant in Numerical Mathematics. Christina served as a mentor within the Ada-Lovelace-Project (a project that aims towards the encouragement of girls to consider a career in STEM) for multiple years. She completed internships at Commerzbank International S.A. and the Public Research Center Henri Tudor in Luxembourg. Before Christina studied Mathematics, she went on a work&travel year to Australia where she held several casual positions reaching from farm work to hospitality. Furthermore, she completed diverse internships in event management, police work, among others. Christina’s research interests lie in mathematical modeling, simulation and optimization, in particular in systems of nonlinear differential equations, theoretical and numerical analysis of these systems, numerical mathematics, nonlinear optimization, Bayesian and statistical inference, and machine learning with a particular focus on energy and healthcare applications. Her research record comprises 12 publications including 1 monograph titled Modeling, Simulation and Optimization of Wine Fermentation, 9 academic, and 2 industrial reports. All the articles resulted from collaborative projects with various research groups from academia and industry. She has presented her research in 30 presentations (11 invited) in several external seminars and international conferences and more than 10 internal seminars. In addition to all her scientific and extracurricular experiences, Christina has gained teaching experience at different levels from multiple institutions, as well as experience in supervising and mentoring students.

My favorite subjects in high school were always languages and math. When I finished high school and I was supposed to make a career decision, I completed diverse internships but a common-sense between all of them was that they were not math-focused enough. I even applied for diverse university programs reaching from tourism to international business to mathematics. In the end, after a gap year in Australia, I decided to give mathematics a try and I studied applied mathematics. For this, I am very grateful to a math teacher I had earlier in high school who encouraged me in multiple ways from participating in special math study groups to going to competitions to studying math. When he said that I would be the right person to study math, I was disagreeing with him but in the end, I changed my mind and decided to give it a try. It turned out that I was wrong and he was right.

“Nothing in life is to be feared, it is only to be understood. Now is the time to understand more, so that we may fear less.”

The first year at the university was definitely not easy and most of my friends left. However, although it was challenging or maybe exactly because of that, I enjoyed it and continued. Later in my Bachelor’s and also my Master’s studies, I realized that I was specifically interested in doing something useful with math and solving real-world problems. I specialized in numerical mathematics and optimization. I think that up to this point it was not really clear to me how broad the spectrum of career opportunities for mathematicians is. I think that one of the main issues is the way mathematics is taught in school. I believe that Instead of just teaching mathematical concepts, these concepts should be motivated properly, such that the learning purpose is clear from the beginning. This would give many people an entirely different point of access to mathematics. They would realize that math is everywhere and its fields of application are endless. I think that this is a common issue and is one of the keys to catching more (female) students’ interest in pursuing a career in STEM. 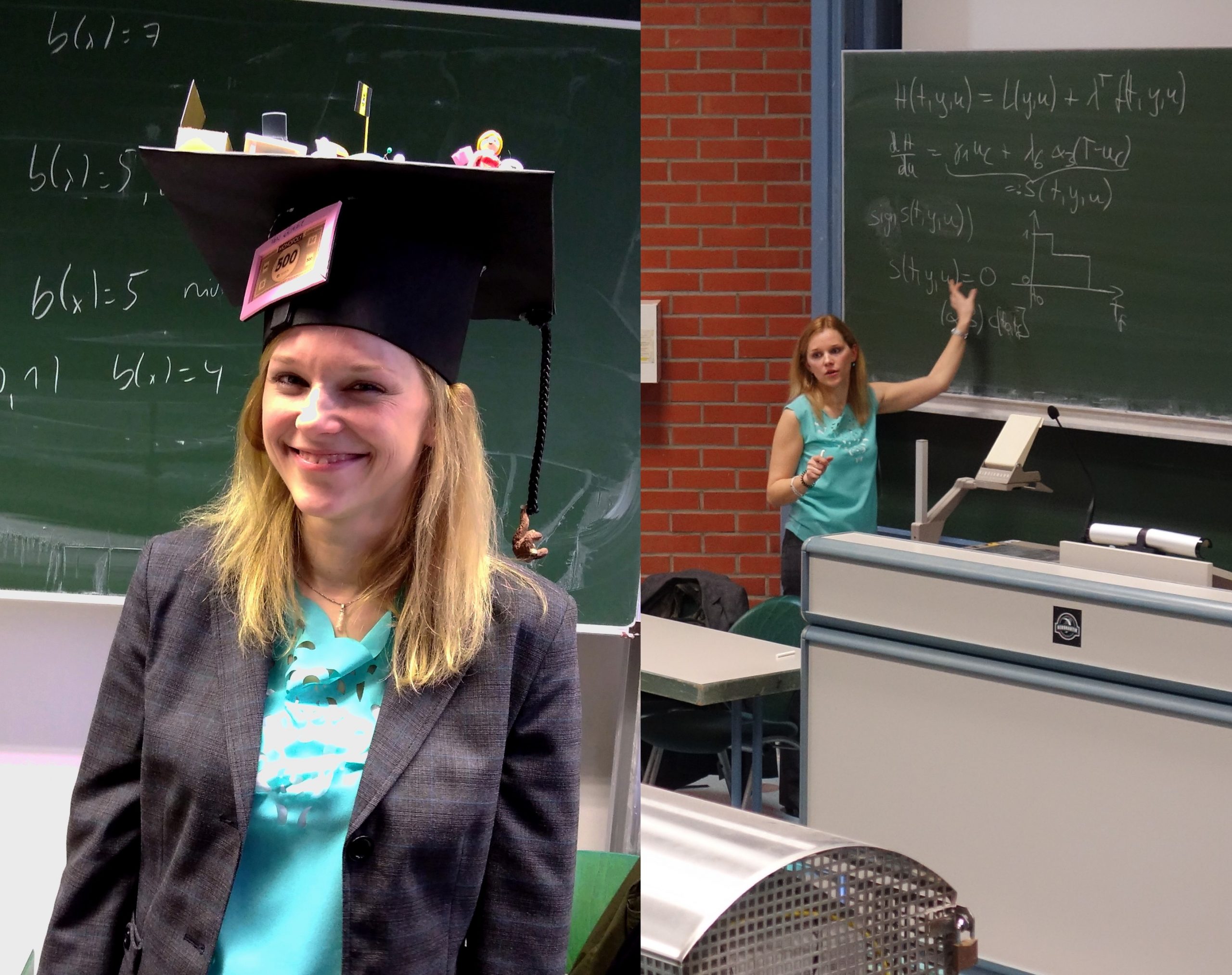 I work at a public research center, namely the Basque Center for Applied Mathematics in Bilbao, Basque Country (Spain). Here I mainly work on projects in collaboration with Lawrence Berkeley National Lab, Berkeley, California (United States) related to modeling of cell metabolism in the intersection of mathematics and synthetic biology. Our research can make an impact in applications like synthetic food production such as the impossible burger, biofuel production as an alternative energy resource, and the treatment and diagnostics of human diseases, among others. A typical workday for me consists of coding, reading, writing articles, grant applications, emails, or other texts, deriving, showing, and analyzing mathematical concepts, meetings with collaborators, and giving or attending talks at international conferences and seminars. Traveling belongs to my job. A big part of my job is learning and this is one of the things I like the most about my job. Besides, I like working with people from very different backgrounds, and that my research has the potential of making a tremendous impact on critical topics related to sustainability, such as alternative energy resources or addressing the global food challenge.

I would like to inspire other young people in joining us in addressing some of the key challenges concerning our planet, to continue to impact crucial topics, and to make the world a better place.

Outside of work, I am also very active. Whether it is climbing the Basque Country’s peaks, cycling around the area, boxing, running, surfing, dancing, going to theaters, concerts, operas, or art exhibitions, you can count on me. I love nature and exploring in general, especially when I travel. Up to date, I have been to more than 30 countries. To several of these countries, I have traveled solo. My three greatest passions outside of work are nature/the outdoors, travel and dance.